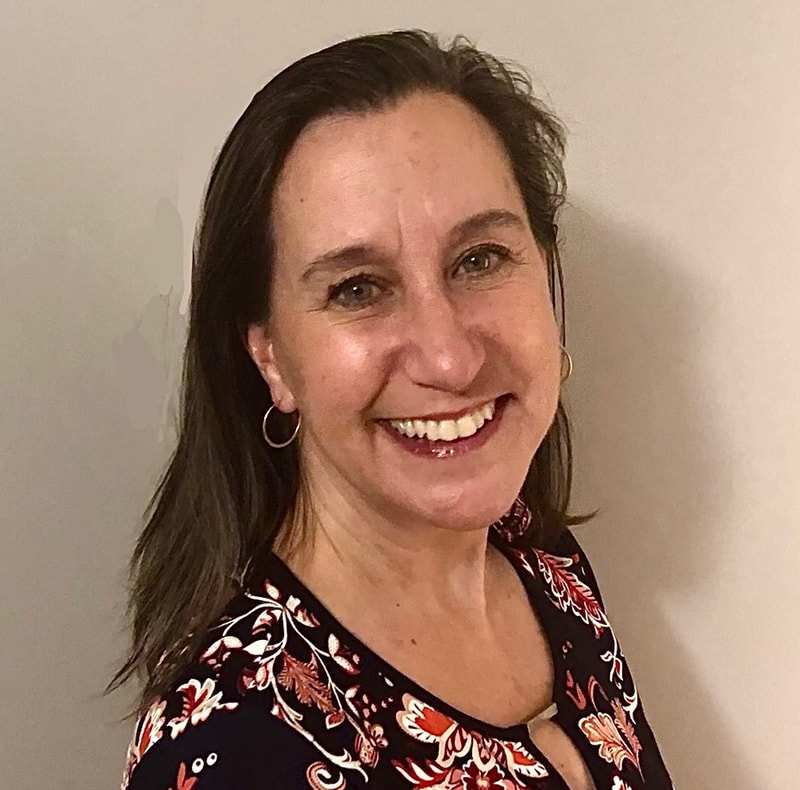 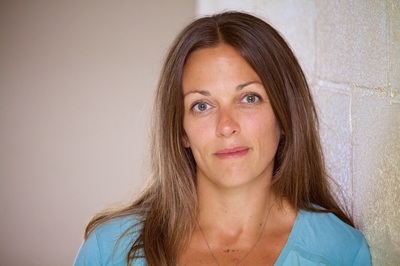 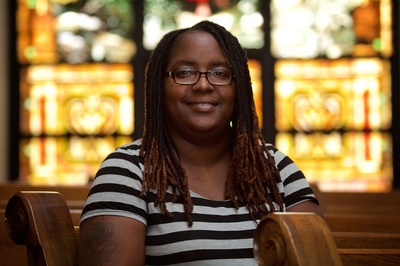 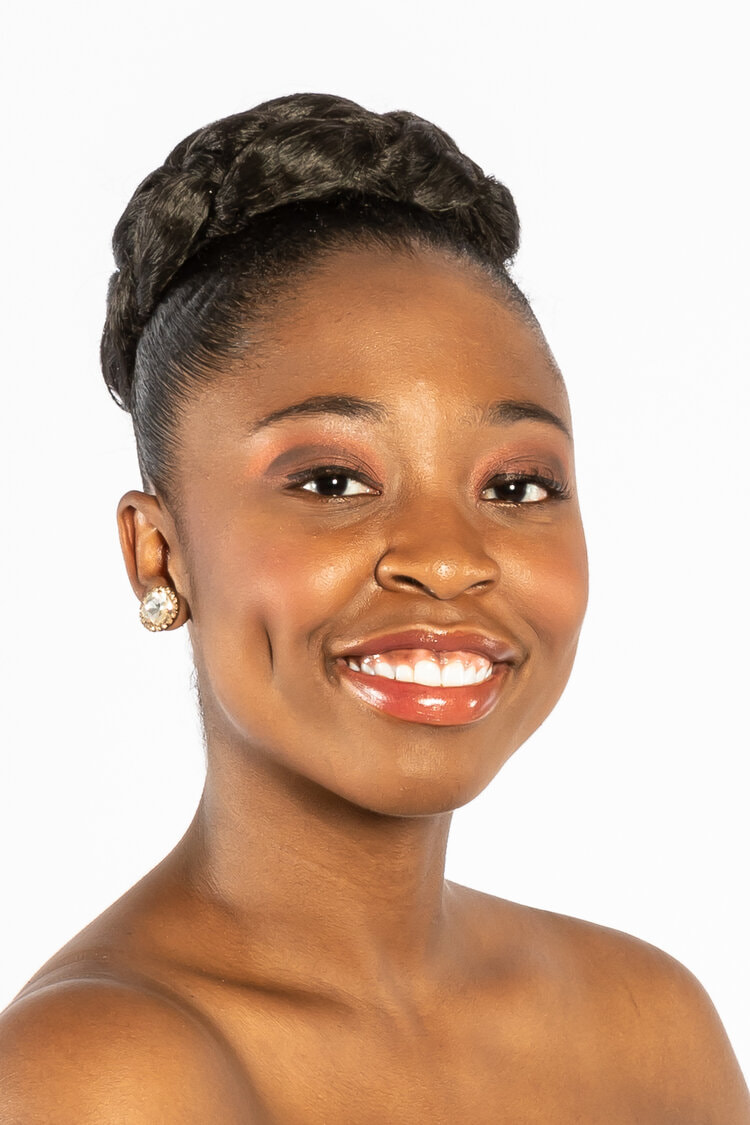 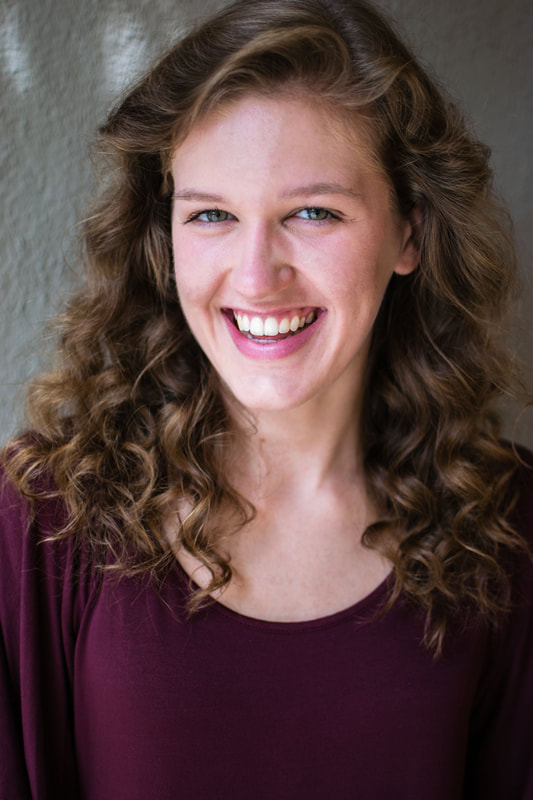 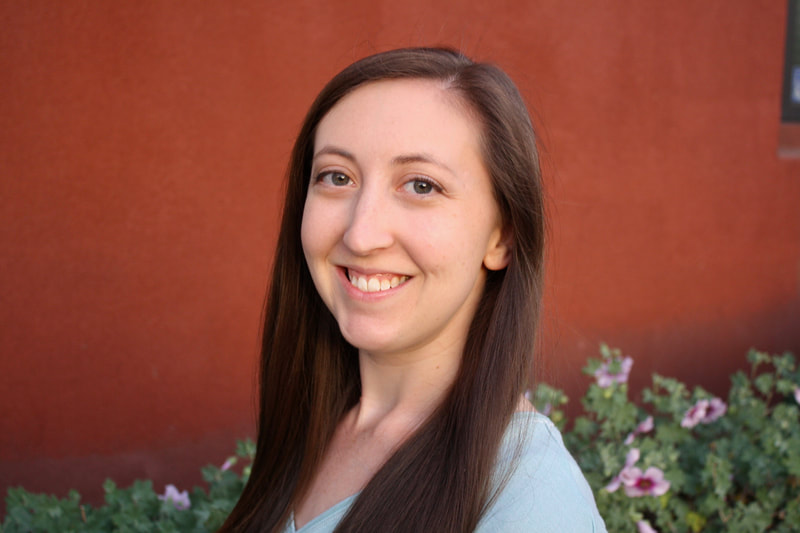 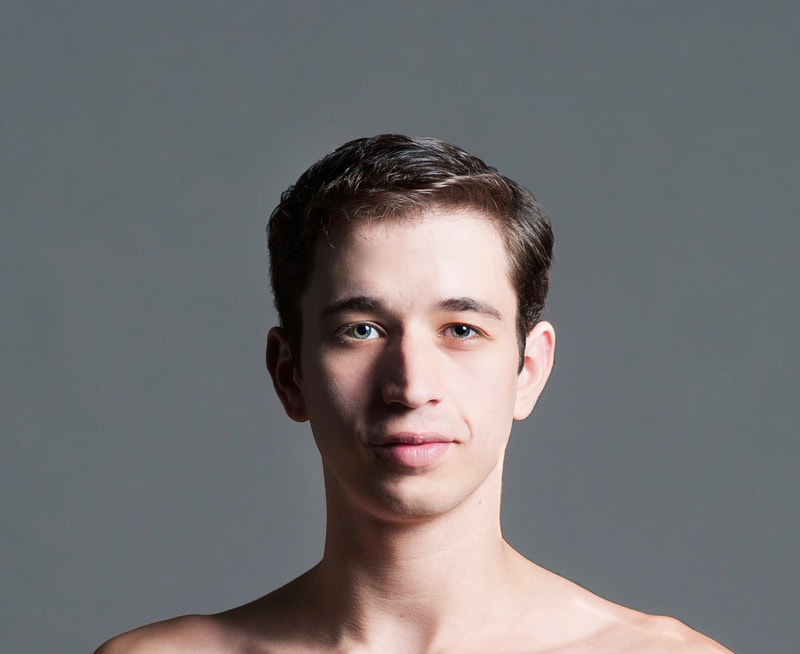 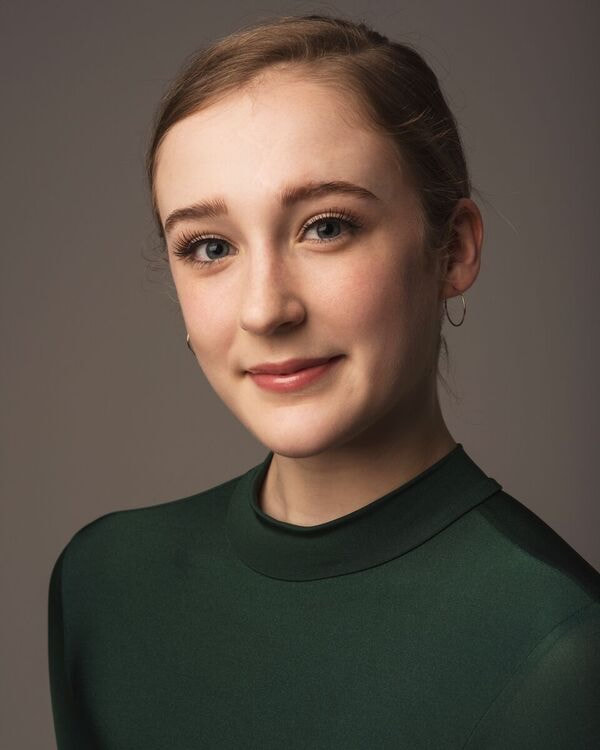 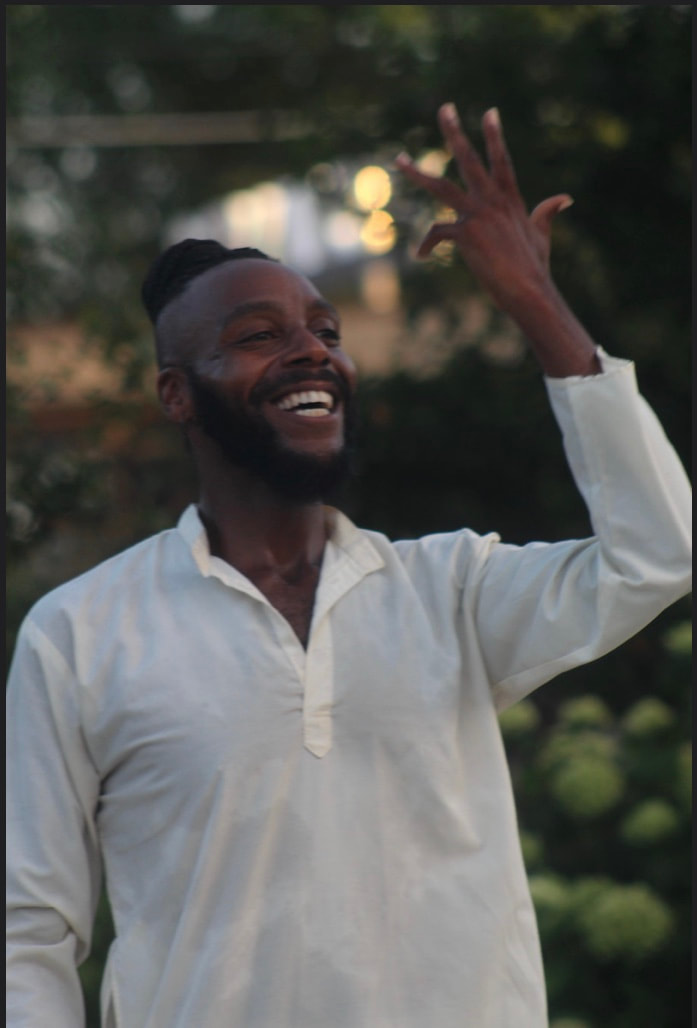 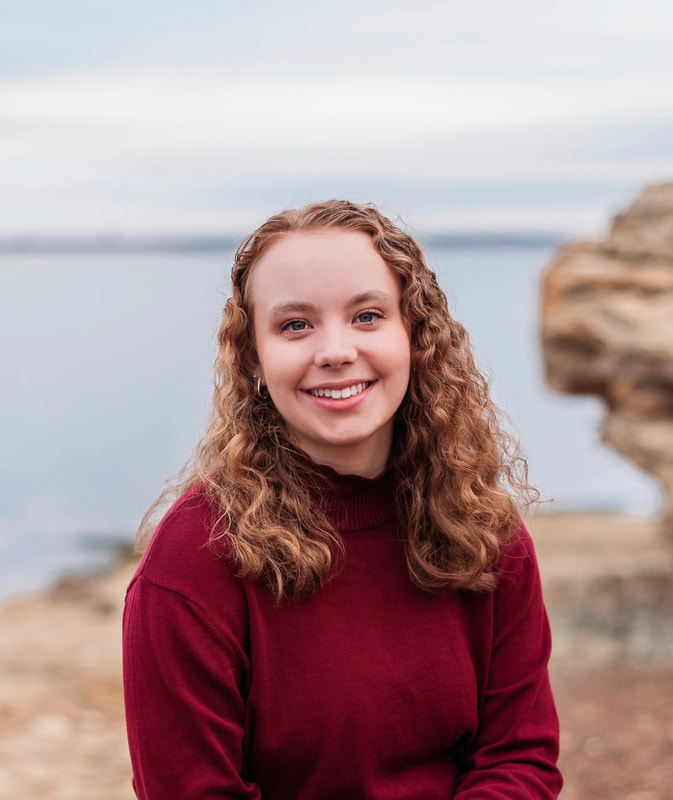 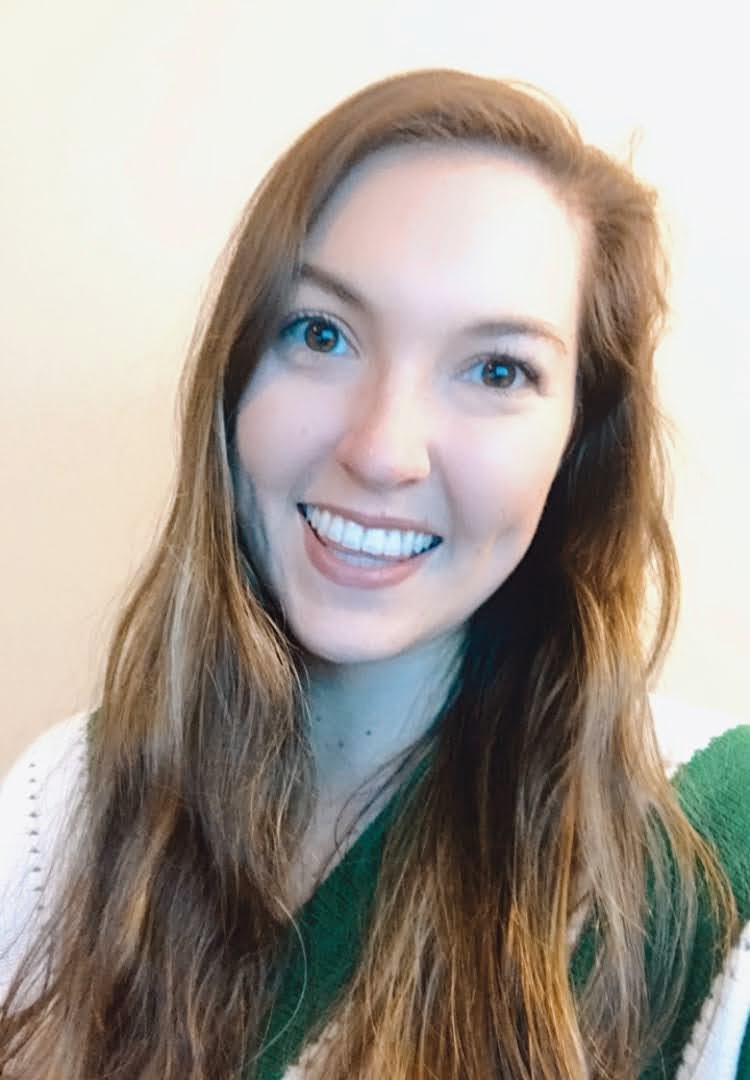 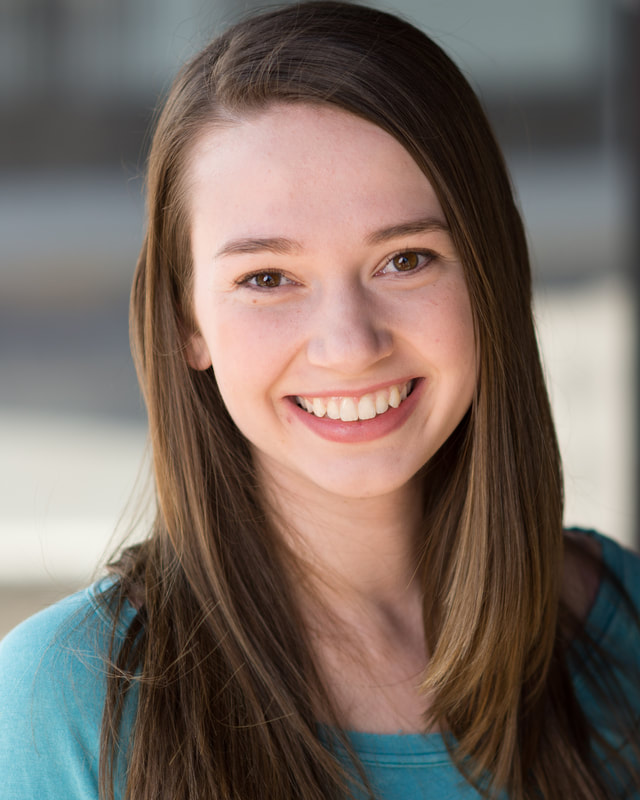 Josie Meiss
Sharyn Mahoney is the Executive Director of Rejoice School of Ballet. She joined Nashville Ballet as a company dancer in 1989. Since her retirement from performing, she has continued to work with the organization as School of Nashville Ballet faculty, Artistic Associate, Director of Education and Outreach, Rehearsal Director, Director of Artistic Operations, and currently, Company Manager. During her nine years as Director of Education and Outreach, Ms. Mahoney worked closely with Artistic Director Paul Vasterling to develop and fine tune NB2, Nashville Ballet’s official second company. While in that same position, she initiated the ballet’s educational outreach program, which proudly reaches over 12,000 children and families each year. Appointed to Rehearsal Director in 1998, Ms. Mahoney returned to the studio full time to lend her talents to staging and rehearsing the Company’s ballets. She also created the procedures for all Nashville Ballet youth casts and continues to oversee those programs today. In 2010, Mr. Vasterling charged her with creating a program that concentrated on strengthening and preparing dancers over 18 for a professional career. The Professional Training Division was launched in the fall of 2010 with the focus of giving dancers the tools to become healthier and stronger artists. She spent many years representing Nashville Ballet across the country as a guest teacher and auditioner, bringing new students to experience School of Nashville Ballet’s Summer Intensive. She has also staged Mr. Vasterling’s ballets on other companies in the United States and Argentina. Ms. Mahoney continues to oversee artistic operations and has most recently taken on the role of COVID Compliance Officer to help navigate Nashville Ballet safely through the pandemic.

Jo Ellen Werking Weedman serves as Director of Marketing, Communication and Public Relations. A faculty member at Trevecca Nazarene University, Jo Ellen has been a parent and volunteer at Rejoice for several years. She oversees all internal and external communication at Rejoice.
​
Imani Sailers was born and raised in Chicago, Illinois, beginning her dance training at the Chicago Multi-Cultural Dance Center at age three. During her early years, Sailers had the honor of dancing at the White House for Former First Lady Michelle Obama’s 2010 Inaugural White House Dance Series and performing in Alvin Ailey’s Memoria with the Alvin Ailey American Dance Theater. Sailers attended various summer courses including Pacific Northwest Ballet, Charlotte Ballet, Dance Theatre of Harlem, and The School at Jacob’s Pillow. For advanced training, Sailers attended and graduated from Indiana University’s (IU) Jacobs School of Music in 2017 with a B.S. in Ballet with an Outside Field in Political Science. At IU, Sailers performed works by George Balanchine, Twyla Tharp, Merce Cunningham, Paul Taylor, and more.
​Sailers joined Nashville Ballet’s second company in 2017 and was promoted to company apprentice after one year. In 2018, she was named one of Pointe Magazine’s “Stars of the Corps”. After a season as a company apprentice, Sailers was promoted to company dancer in 2019. During her time at Nashville Ballet, Sailers has performed roles in Nashville’s Nutcracker, Artistic Director Paul Vasterling’s Lucy Negro Redux and Carmina Burana, Christopher Stuart’s Seven Deadly Sins, Val Caniparoli’s The Lottery, and more.
Named in 2019 one of Nashville Lifestyles’ Magazine’s 25 Most Beautiful People, Imani Sailers has taken to Nashville and has enjoyed teaching aspiring dancers at Rejoice School of Ballet since 2019. She has served as assistant director for The Little Engine That Could and Saam Psalms, two of Rejoice School of Ballet’s original pre-professional productions. She is looking forward to choreographing and directing an original production of Carnival of the Animals and African Suite, set to be performed by the pre-professional students of Rejoice School of Ballet in February 2022.

Allison Hardee began her dance training in ballet and tap at five years old, adding jazz, pointe, and modern in later years. Just as her knowledge of each style grew with time, so did her love and passion for dance, leading her to continue her dance studies at Belmont University as a math major with minors in dance and education. While there, she performed in the Belmont Dance Company, received the Outstanding Dance and Dance Legacy awards, and was given the opportunity to volunteer as a teacher’s assistant at Rejoice. Since graduating, Allison has continued to seek experiences that support her growth as a dancer and teacher, attending the Gus Giordano College/Pro Summer Intensive on scholarship (2018) and becoming a certified beginner Horton technique instructor through the Ailey School (2021). Outside of her work at Rejoice, Allison can also be found teaching modern dance, jazz dance, and assorted math classes at Belmont University; dancing with di Mossa under the direction of Lisa Valeri; and working as a freelance dancer and choreographer around Nashville.

Allison is passionate about the transformative power of dance and the spiritual, emotional, and mental depth it can facilitate.  She loves sharing this passion with others and helping her students grow in their own passion for dance.

Ashlyn Hall has been part of the Rejoice community since 2012, teaching ballet, modern and tap, and partnering with Gerald Watson to assistant direct Rejoice's annual classical ballets from 2015-2017. Meanwhile, Ashlyn has danced with di Mossa, Epiphany, Blue Moves, and others, performing locally and throughout the southeast. She is an adjunct instructor of dance at Belmont University, her alma mater, where she earned a BA in Spanish and minors in Dance and Journalism. In the San Francisco Bay Area, Ashlyn spent a few years curating and planning a quarterly artist showcase for LEVYdance; teaching at Alonzo King LINES Ballet's community programs, Bay Area Children's Theatre, and Adda Clevenger School; and performing with Stephanie Unger & Artists. Ashlyn hopes all her dance students discover how persistent, smart and creative they are as they learn technique and artistry.

Erin Williams, a Tennessee native, has a relationship with dance and the Nashville community are deeply intertwined. She began her training with the School of Nashville Ballet in 2006 and has remained in Nashville Ballet’s studios since. As a student, Erin honed her craft and developed her versatility by training in various styles of dance such as ballet, modern, jazz, and character. Over the years she has climbed Nashville Ballet’s ranks and is now a company dancer. Having had the pleasure to work with many well know choreographers and teachers, she is excited to share her knowledge with Rejoice School of Ballet.

Daniel Rodriguez began dancing through the renowned non-for-profit organization National Dance Institute as a young child. Through his years in that program, he discovered ballet and began his formal ballet training. After finishing his training from Manhattan Youth Ballet and Laguardia High School, he began his professional career at North Carolina Dance Theater II (Now Charlotte Ballet) and joined the main company the next season. Having since danced at The Sarasota Ballet, The Dayton Ballet, The Kansas City Ballet he arrived in Nashville in 2018. His favorite roles include George Balanchine’s Emeralds and The Four Temperaments Paul Vasterling’s Appalachian Spring, and Jiri Bubenicek’s Le Souffle de l`Esprit.

Shabaz Chijoke Ujima is a Nashville native whose formal dance training began at the Nashville School of the Arts and the School of Nashville Ballet. He continued his education at the New World School of the Arts in Miami, FL and began training in the Martha Graham Technique. His professional career spanned over a decade, and during that time Ujima danced with NB2 (Nashville Ballet 2nd company), Dayton Contemporary Dance Company, Cleo Parker Robinson Dance Ensemble, Jeanne Ruddy Dance, and Graham II (Martha Graham Dance Company’s 2nd company) New York, NY.  During his career, Ujima worked with many notable choreographers including Donald McKayle, Ronald K. Brown, and Paul Vasterling in addition to performing the works of Alvin Ailey, Martha Graham, Jose Limon, and Anna Sokolow.

As a choreographer, Ujima has created and collaborated with the artists of the Nashville Ballet, Nashville Opera, Nashville School of the Arts, and VSA Tennessee in addition to having musical theater choreographic credits in “Hairspray”, “In the Heights”, “Once on this Island”, “The Wiz”. In 2017, Ujima founded shackled feet DANCE, which is Nashville’s Black Dance company.

Ujima has had the pleasure to teach Graham based modern dance, contemporary, and improvisation at the
South Dayton Dance Theater, North Cincinnati Youth Ballet, Stivers School of the Arts (Dayton, OH), Rejoice School of Ballet,
The ProTrac, DTC/Dancing Through the Curriculum, I.T Creswell Arts Magnet, Franklin School of the Arts, and the Nashville School of the Arts.  He is currently a full-time faculty member at Nashville Ballet, a teaching artist with the Global Education Center, and an adjunct dance teacher at Belmont University.

Julie Fenske is a current Senior at Belmont University studying Public Relations and Dance. Originally from the Dallas, Texas area, she grew up training in ballet, tap, jazz, modern, and contemporary dance and attended summer intensives with American Ballet Theatre, Pittsburgh Ballet Theatre, Boston Ballet, and Nashville Ballet, where she danced as a Trainee for 2 years upon graduating high school. While studying at Nashville Ballet, she had the opportunity to perform in Nashville's Nutcracker and the Future Artists Showcase. She is currently a member of the Belmont Dance Company and is excited to share her love of dance with the Rejoice community.

Cora Hedgis' passion for dance began at an early age, training in ballet/pointe, jazz, tap, and modern with several studios and local ballet companies in Wichita, KS. She attended Belmont University where she minored in Dance, performed with the Dance Company, and was awarded the Belmont Dance Legacy Award. During her time at Belmont as a Religion and the Arts major, Cora was introduced to Rejoice School of Ballet, where she began teaching ballet, and fell in love with the mission and sense of community at Rejoice. Feeling a call toward further education and preparation for larger roles within the non-profit space (and a hope that she might return to Rejoice in the future), Cora earned a Master of Divinity with a concentration in Community Development at Mercer University's McAfee School of Theology in Atlanta, GA (and continued teaching ballet on the side at several Atlanta studios). In a turn of life events, Cora and her husband James then relocated to Denver, CO, where Cora began working in education technology, helping universities expand into the online space, and working directly with university students, faculty, and staff. During the pandemic, Cora was able to shift her job to be fully remote and they moved back to Nashville, where she reconnected with Rejoice and has been teaching ballet and tap, and volunteering with the pre-pro classes. Now, after several years building her business skills in the technology industry and a more corporate environment, Cora's role as Director of School Operations at Rejoice combines her knowledge from the tech industry with her background in dance at an organization she is truly passionate about.

Josie Meiss is a performer, choreographer, and dance educator from Mishawaka, Indiana. After fifteen years of training at Flint’s Dance Studio, Josie continued her studies at Ball State University, where she graduated Summa Cum Laude with a BFA Degree in Dance, Honors College distinction, and a minor in Psychology of Human Development. Post graduation, Josie participated in SALT's Link Festival, Boston Dance Theater's Winter Immersion Projects, as well as RAD Fest and the Indiana Dance Festival, where she performed works choreographed by Ball State professors. After spending a year in Indianapolis as a dancer/choreographer with Crossroads Dance Indy and a dance instructor at Indy Dance Academy, she relocated to the Nashville area in the Fall of 2019. Here, she is a company member with FALL, a local, contemporary aerial dance company. In 2020, she helped produce FALL's only outdoor, socially distant performance Windows and performed alongside Blue Moves in Building Hope. Getting to share her passion for dance with students is one of Josie's greatest joys, and she is grateful to Rejoice for the opportunity to do that.